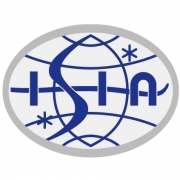 Congress and delegates’ meeting in Aviemore, 11-15 May 2010
I hope that everyone got home safely despite the flight problems. I would like to thank BASI and the ISIA office for the super organisation of the congress, the delegates’ meeting and the supporting programme. Bravo and once again, thank you very much!

My thanks also go to all the member nations and guests who took the time to attend this event. I am proud of the frank discussions we held during the congress and the delegates’ meeting and am also pleased that the voting remained fair, despite being at times relatively hard.

I will now present a brief summary of the events, especially for those members who did not attend.

The detailed programme of the Interski Congress was presented to the delegates. Structural changes were addressed in particular.
The congress will no longer include quite so many brief presentations. It will focus on the following topics:
Snow sports……
– and educational aspects/developments
– over a lifetime
– and emotions
– and social surroundings and integration.
These topics will also be discussed in the workshops with the aim of finally delivering one message per topic.

Ambassadors
Every nation is to nominate one personality as an ambassador, someone who represents snow sports in their country and who would then be honoured in St. Anton.

Shows
The evening shows aim to celebrate the joy of snow sports.

Further information on Interski
The detailed programme can be seen on the website: www.isiaski.org.

Interski was founded in the 1950s. The aim of the organisation was to provide a platform to contrast the ski techniques of individual nations and to develop them jointly. Educational matters were also raisedand discussed.

The first congresses in Lech – Davos – Val d’Isère were held every two years. The four-year rhythm was introduced following the establishment of the professional associations ISIA-IVSI-IVSS from 1971 onwards.

The ISIA was established in 1972 by the ski instructor associations of the Alpine countries (France, Austria, Italy and Switzerland) to promote the interests of professional ski instructors (commercial instruction).

Amongst other things, the ISIA also provided mutual assistance for professional assignments abroad. In this way, many instructors were given the opportunity to spread their knowledge throughout the world.

The ISIA has regularly held congresses on commercial ski instruction concerning safety on and off the slopes and has also held workshops on methods and techniques as well as staging the Professional Ski Instructors’ World Championships. New nations have been constantly admitted to the ISIA, sometimes without checking their training standards in detail.

In 1992, the ISIA was certified by the EU in Brussels for the purposes of developing vocational standardisation. The delegates’ meeting in 2000 which took place in Sierra Nevada/Spain argued for the establishment of a minimum standard of training to achieve or retain membership. At the same time
however, without referring to the ISIA, nine nations signed the so-called Lyon Agreement for the Eurotest which blocked the implementation of the agreed ISIA standard.

In 2008 the association FEMPS (Fédération Européenne des Moniteurs Professionels du Ski) was founded by SNMSF – France, ÖSSV – Austria and ColNaz – Italy. At the moment according to this association, the only additional member has been Belgium.

The ISIA training pyramid was presented at the Interski Congress in YongPyong (Korea) in 2007. The aim was to establish a standard structure to accommodate the various training programmes and many different professional designations. The three levels are:
1. Association ski instructors (introductory courses, children’s instructors, trainees)
2. ISIA stamp. These instructors meet the requirements of the first level of the ISIA minimum
standard and are authorised to hold the ISIA stamp.
3. The ISIA card assumes the minimum standard for the stamp has been achieved and requires additional in-depth training. Furthermore, candidates must pass the ISIA test (giant slalom) within the required time limit as well as the safety test to guide guests safely through off-piste areas (no glacier crossings and climbing tours).

What is the purpose of this categorisation?

The ISIA currently has 38 member nations with about 238 various “professional designations”. By categorizing instructors into association instructors, ISIA stamp and ISIA card graduates, it is easier to compare the training courses and/or categorise the instructors in the country’s own system. This has
nothing to do with mutual professional recognition.

In the future, only professional ski instructors’ associations fulfilling at least the requirements of the ISIAstamp status in their particular country’s training programme should have ISIA voting rights. The other countries can participate in the ISIA’s activities but will only have “observer” status. They will only receive stamps when they have met the requirements of the minimum standard. This rule applies to new members on admission as well as existing members who wish to retain their membership.

Snow sports instructors with a qualification at the ISIA-card level are regarded as the most highly qualified instructors and hold an ISIA quality certification which allows them to teach independently both on and off secured pistes, in as far as they are permitted to do so by the laws of their particular country.

What is the situation regarding mutual recognition?
The discussions in Aviemore clearly showed that training philosophies in the various countries and on various continents are very different. For example, the representative of the American ski instructors told us that for her, the best instructor was someone who could fire guests with enthusiasm and bring in
new bookings and not someone who could ski fast down a giant slalom course. On the other hand, Argentina is keen that their instructors adapt to the European standard so that they will be able to work in Europe in winter. In Europe the consensus was that free movement of labour should only be allowed if a high level of technical expertise can be guaranteed.

We are aware of the controversial opinions on whether the required high level of quality can be achieved by passing the Eurotest and to what extent the Eurotest is a meaningful, appropriate and suitable method of measuring the quality of ski instruction, especially as the results of this test are
dependent on far too many chance occurrences.

Why are there problems with mutual recognition?
The requirements for professional recognition vary considerably from one country to the next. It first depends on whether there is a regulated training programme for the profession and whether regulations are in place for the actual pursuit of the profession of a ski or snow sports instructor. There are countries where the work is regulated centrally for the whole country (F) and countries where the training is not regulated nationally but regionally by each individual administrative district such as a canton, region, province or state (A, I, CH). In Germany, the state of Bavaria supervises the national training of all professional instructors in Germany and there are many other examples.

In many countries there are no specific laws at all, either for the training of instructors or for the pursuit of the profession.

Furthermore, not all countries holding training programmes for ski or snow sports instructors can actually employ them in their home countries because they do not have any mountains or any snow. It is no wonder that rivalries between countries can arise as a result. On the other hand, we are all reliant
on the fact that snow sports should be promoted worldwide and that as many people as possible should be brought into contact with winter sports early and then remain loyal to snow sports throughout their lives. The achievements of “flatland ski instructors” who have to fire their guests with enthusiasm for ski sports in a snowless environment before taking them onto the slopes can undoubtedly be rated just as highly as those of the “Alpine ski instructors” who can train their skiers on the slopes directly at their doorstep.

Do any other professions have these problems?
This question can definitely be answered in the affirmative. In January 2010, the ISIA was invited to Brussels with representatives from many other professions such as lawyers, architects, mountain guides, members of the medical profession and many others to be informed about professional
recognition and to hold discussions on the subject. At the moment, the whole thing seems to be very theoretical. Only positive cooperation and constructive approaches can unite the many individual interests and achieve a joint solution. No profession has yet managed to set up a recognised common professional platform at a European level. Why shouldn’t ski instructors be the first to do so?

Database
The various training programmes of the 38 member nations have been laboriously recorded.

Altogether there are about 240 various titles and professional standards. This alone shows that the ISIA’s two-level model is very useful for the categorisation of the various sorts of training.

So far approx. 12,000 instructors from 8 nations have been registered.

If they haven’t already done so, the nations which have already been authorised to issue their members with the ISIA card should send the data of their snow sports instructors to Mario Fabretto at isiadb@conecta.it. (Argentina, Belgium, Denmark, France, Germany, Japan, Great Britain, Italy, the
Netherlands, Austria and Spain). In addition to these countries, there are also those associations which have already obtained a positive assessment in the standard examination.

In a second step, the instructors with ISIA standard stamps will be registered.

Here follows just a brief summary:
The reports from the President and the Marketing, Training and Legal Commissions were discussed. The annual accounts were formally approved and discharge granted to the steering committee and the various bodies of the association. The membership fees were not increased. The budget was rejected.
A concrete work schedule is to be delivered for the projected budget outflow of CHF 50,000.

KSIA from Korea has been admitted as an “observer” to the ISIA.

The steering committee withdrew the proposal on the agenda: “Exclusion of the member SNMSF – France”. After long discussions on this point, Belgium made a new proposal to exclude SNMSF France from ISIA but this proposal could not be put to the vote as the 2/3 majority required in accordance with
the by-laws to enable new items to be placed on the agenda was not obtained.

The next delegates’ meeting will take place at the Interski Congress in St. Anton in 2011. We do not have any applicants for the 2012 Congress as yet and the award of contracts for the 2013 World Championships will be decided in St. Anton.

– A presentation was given on the Interski programme with its new structures.
– The implementation of the training pyramid is in full swing. Individual training programmes have been attended and inspections made. The ISIA technique test has proved its worth.
– The database project is in an advanced stage of development. The nations can send in their data.
– A more detailed report on the proceedings against FEMPS will appear in the minutes of the delegates’ meeting.

A word of thanks
I would like to thank everyone who has contributed to the discussions and the further development of our profession. I would be pleased to receive further comments on the report to promote communication and discussion.